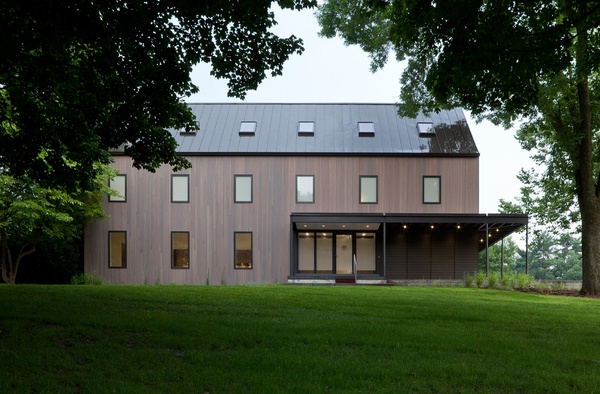 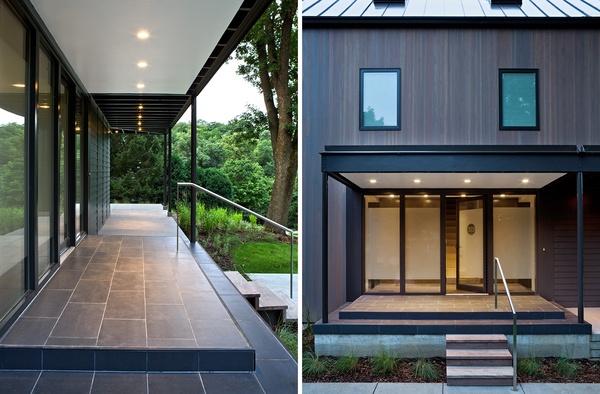 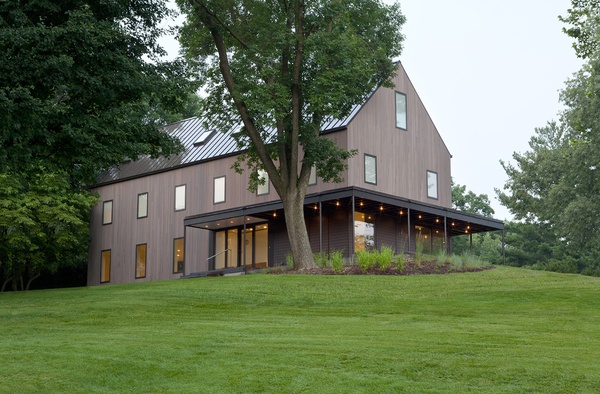 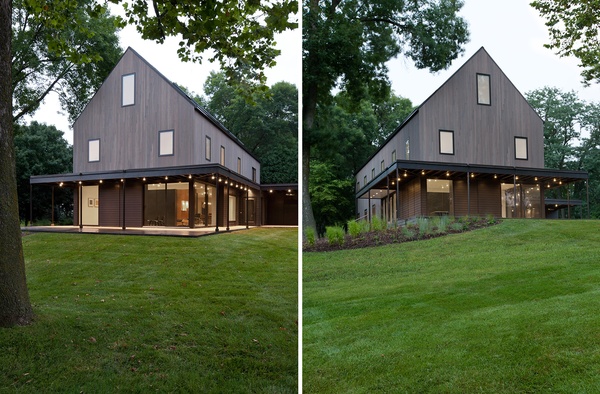 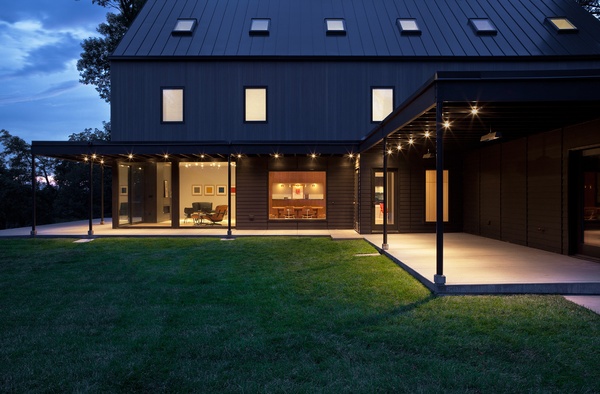 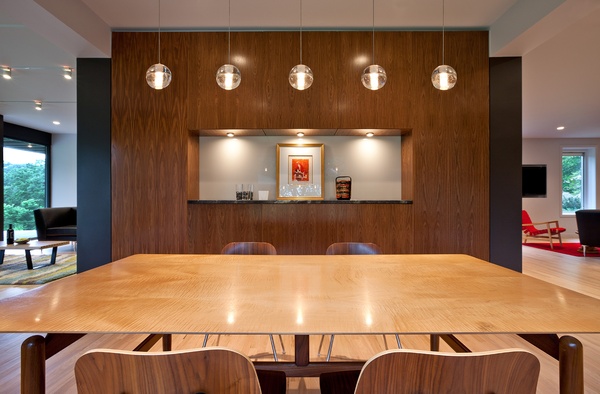 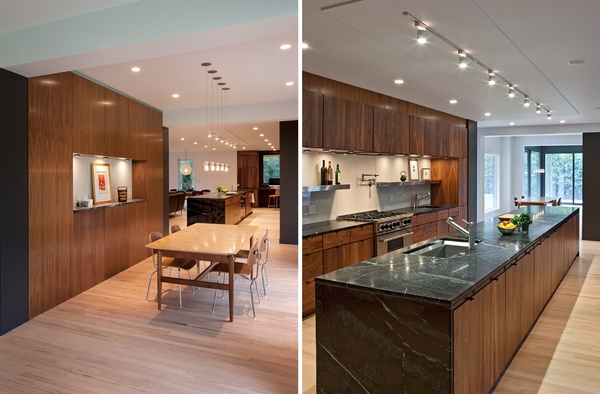 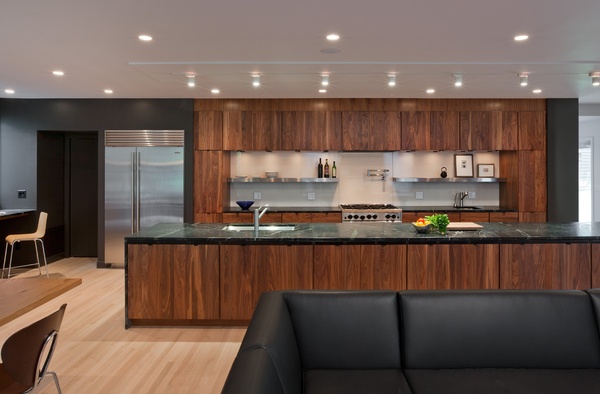 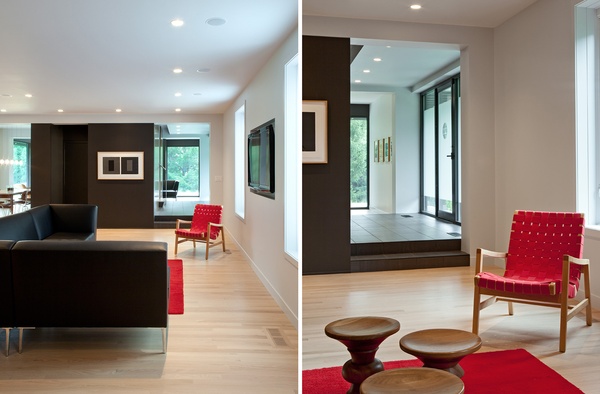 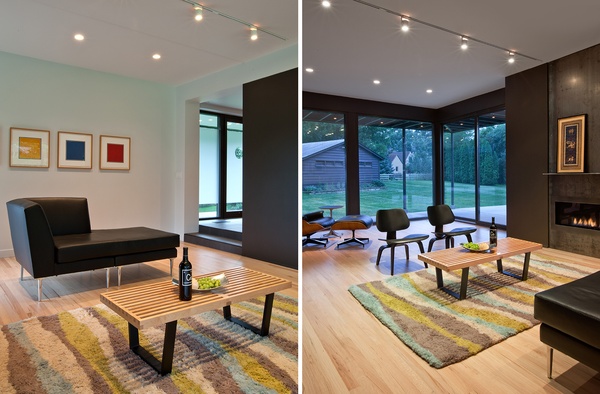 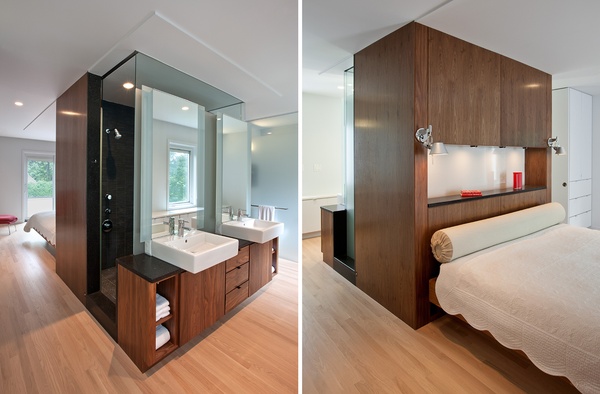 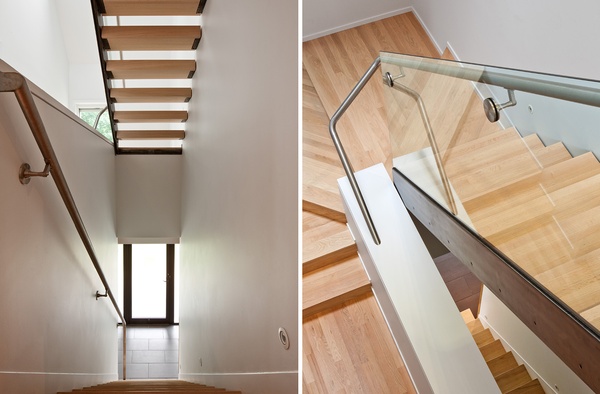 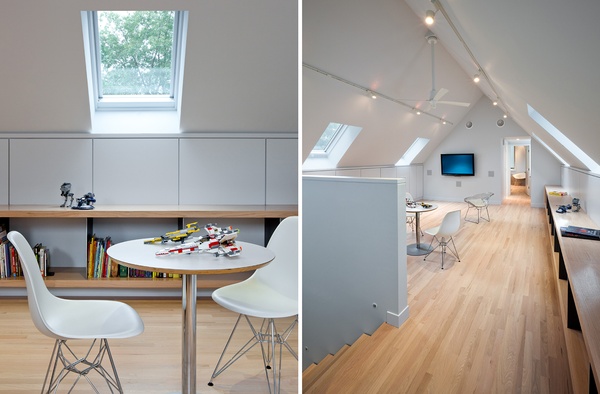 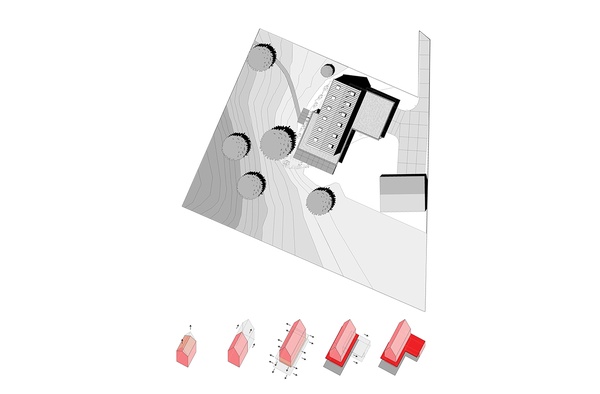 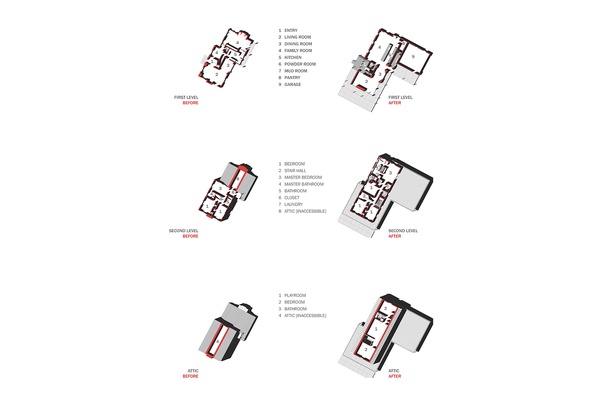 This residence, built in 1941 and “remodeled” several times, was a complex mass housing a warren of rooms. The home had one compelling feature - a large site in an established neighborhood surrounded by mature trees. The desire to liberate and organize the interior spaces and connect them to this landscape was a central theme which guided the renovation.

A series of simple tactics were employed to transform the home. The gable was expanded vertically and extruded to the north to increase the home’s volume within the existing foundation. The existing windows were replaced and their rhythm extended to order the home’s fenestration. The result is a simple, almost archetypal, “house shape”. This volume was then expanded with a series of porches providing a transitional space between inside and outside, as well as solar protection for new enlarged glass openings. These porches, in turn, frame exterior spaces around the home.