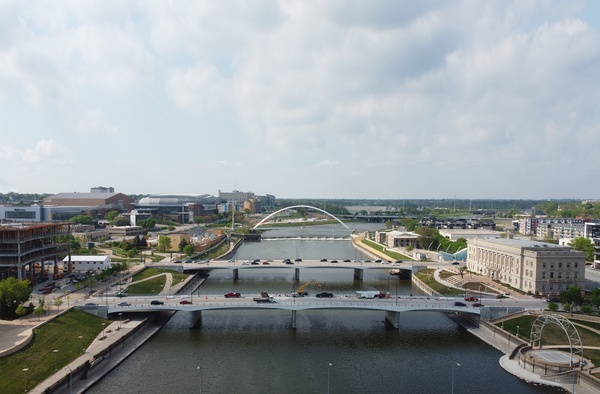 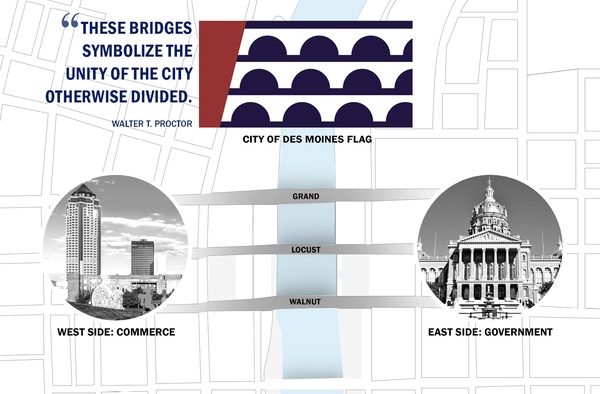 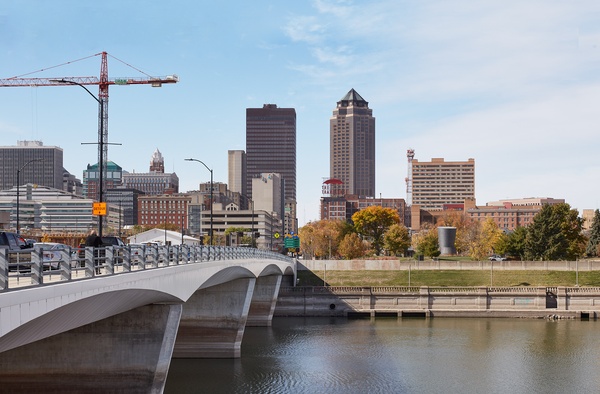 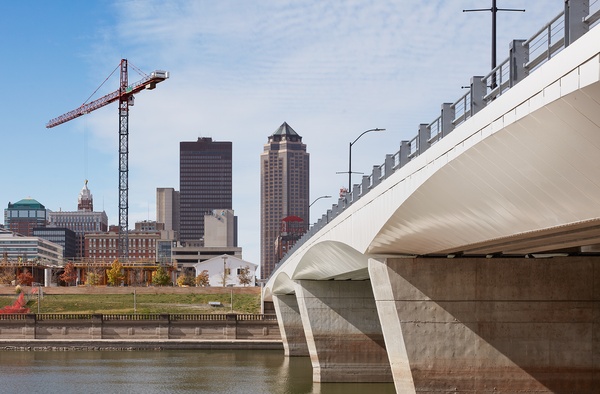 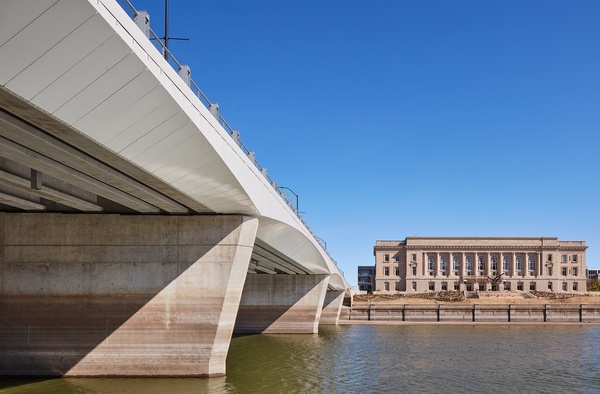 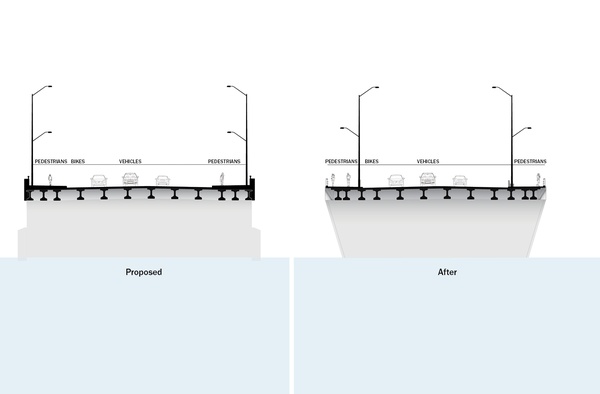 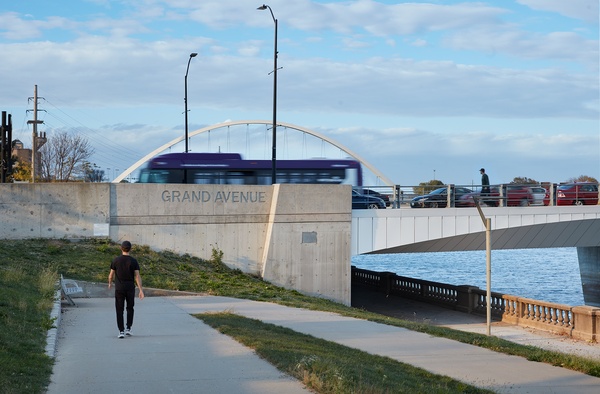 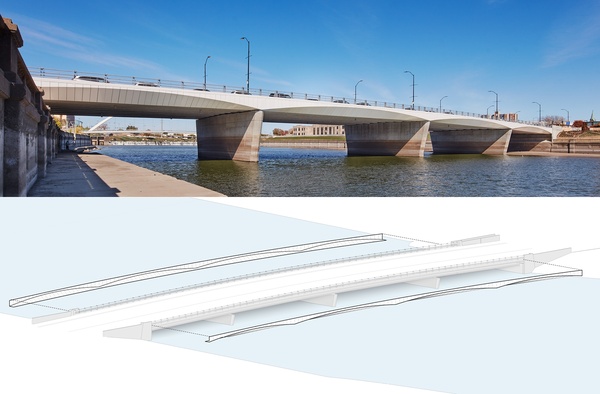 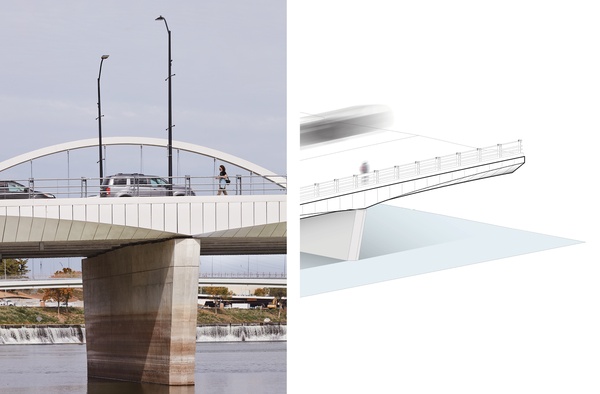 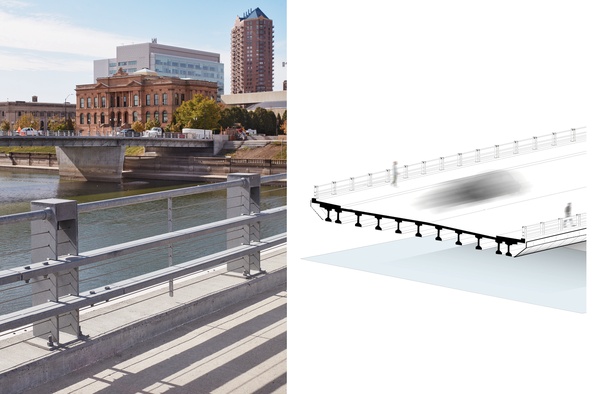 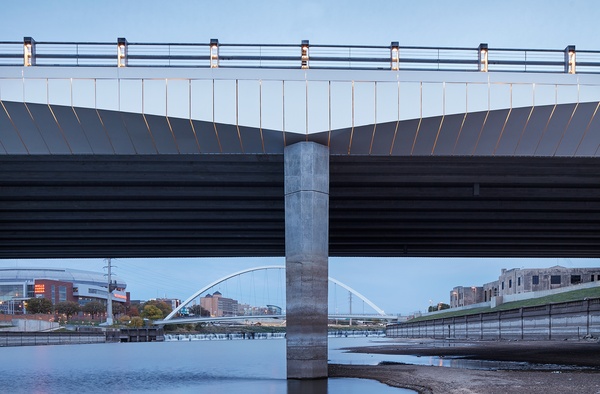 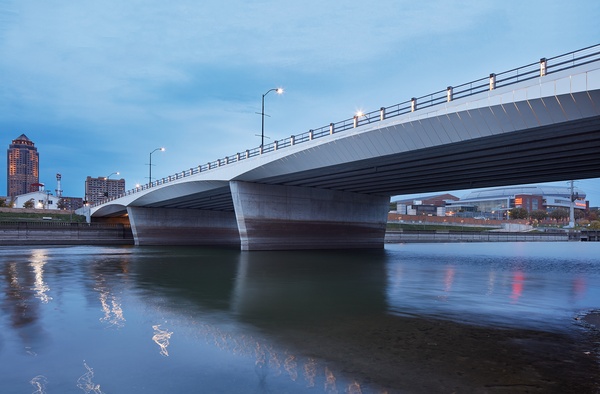 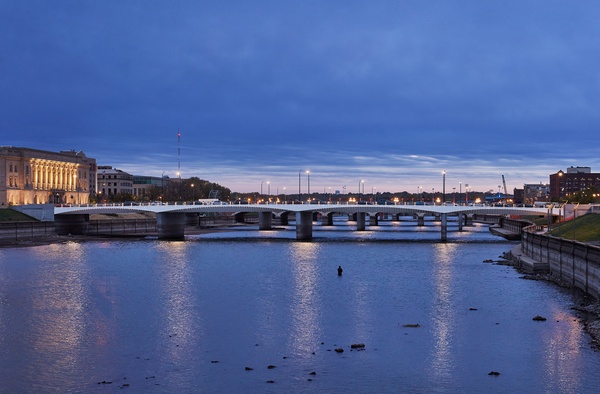 For nearly two centuries the City of Des Moines has straddled the Des Moines river – dividing it into distinct halves. A century ago four significant bridges were constructed. The Court Avenue bridge was the most elaborate – marking the axis of the Polk County Courthouse. The remaining three bridges were utilitarian but similar - working in concert. Surprisingly, it was these three workmanlike bridges that became a symbol for the City.

In 1974 the Des Moines City Council held a competition to design a City flag. After deliberations, a design by Walter T. Proctor was selected. This design, adopted by the City Council on April 15, 1974, featured an abstract representation of these three simple arcuated bridges. In Proctor’s words, “these bridges symbolize the unity of the city otherwise divided.” This flag flew throughout Des Moines for over thirty years, but in 2008 was unceremoniously phased out.

In 2015 the City decided to replace these three bridges. An engineering team developed a replacement design that was cost-effective and functional - a “DOT” bridge. The arches were gone, along with any symbolism. The City Council objected and asked the engineering team to work with an architect to improve the bridge aesthetics. The architect developed an enclosure system consisting of bent steel panels recalling the arches of the original bridges. These panels concealed the “DOT skeleton” and allowed lighting and other systems to be inconspicuously integrated. The bridge cross section was reconsidered to accommodate bicycle lanes, reduced traffic lanes, and metered parking.

The new Grand Avenue bridge was completed in 2018 and the two remaining bridges are currently under construction. The favorable response resulted in a grassroots campaign requesting the City return to the 1974 flag. On October 14, 2019 the City Council made it official. Even incomplete, the design has been impactful by acknowledging the power of a pre-existing symbol and leveraging it to great community effect.