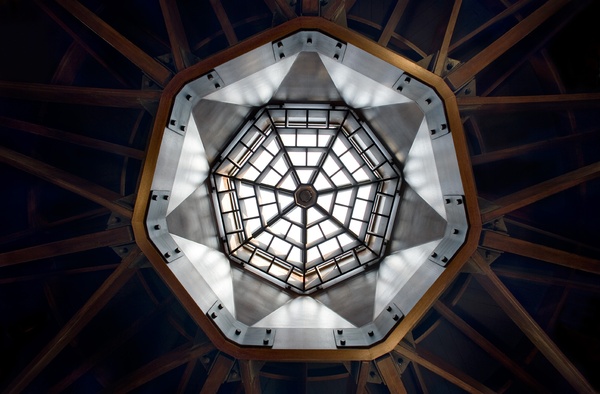 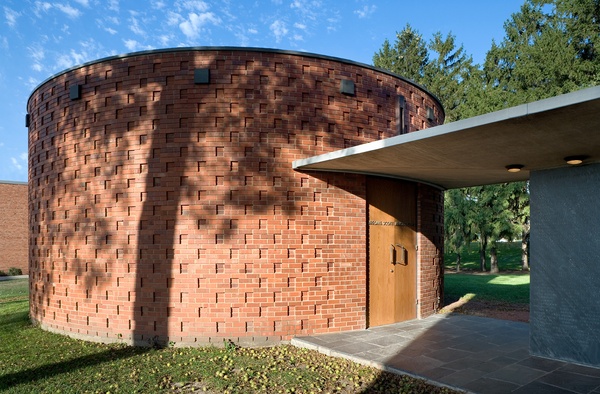 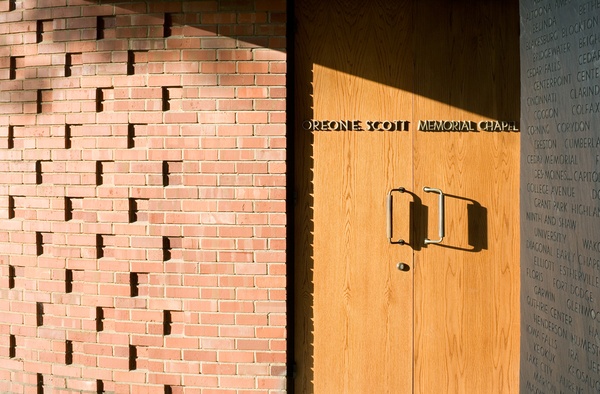 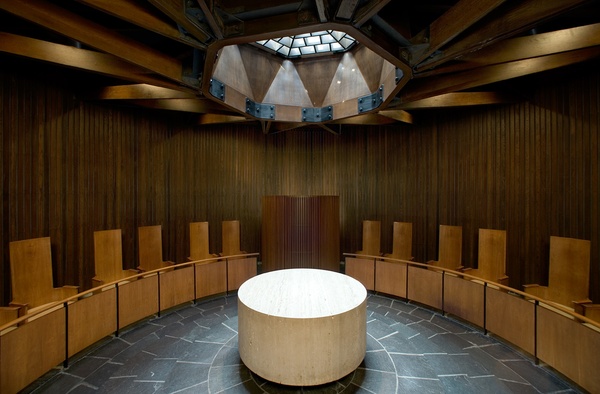 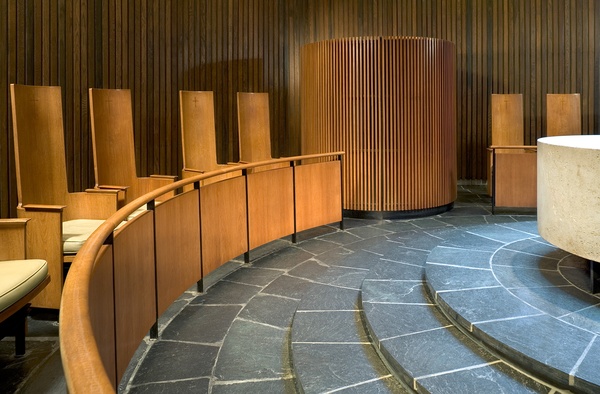 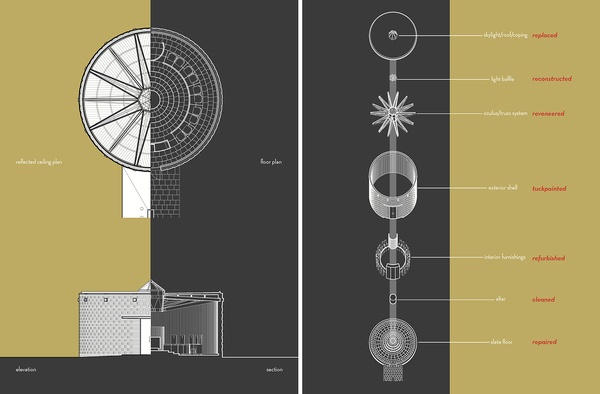 One of the finest examples of modern architecture in the State of Iowa is the Oreon E. Scott Memorial Chapel on the Drake University campus in Des Moines. Designed by internationally famous architect Eero Saarinen.

substance was commissioned to restore the Chapel to its original beauty and address the issues of maintaining the building’s integrity. Working from the original construction drawings, we carefully researched both the building’s conceptual underpinnings and its construction, to faithfully repair the work and sensitively develop new detailing where appropriate.

The project was taken on pro-bono as part of our commitment to Iowa’s architectural heritage with particular emphasis on the important role architecture from the mid-twentieth century plays in current architectural thought.