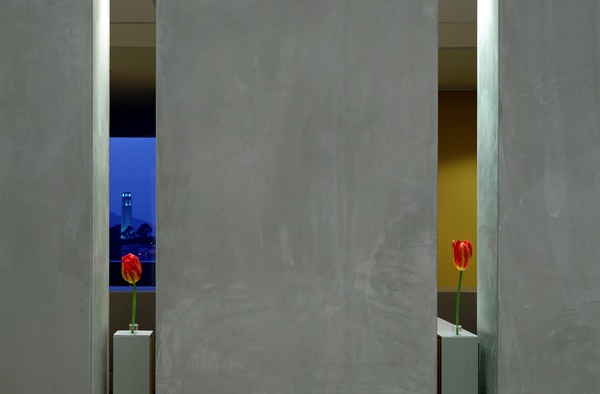 This 8,500 square foot interior renovation occupies the top two floors of a San Francisco building. The design employs the themes of spatial sequence, community and openness.

A spatial sequence in which the spectacular view is gradually revealed to the visitor, beginning in the dark, low elevator lobby and moving through a patterned glass "veil" culminating with the panoramic city views.

A sense of community, which is central to the client's culture. To express this, the spaces surround a central reception court that serves as a visitor waiting area and once a week is used as a venue for social functions.

An open environment where all levels staff have access to management. Critical details express this management philosophy: as placing the Partner’s offices at the end of the primary aisleways and detailing the large doors to become part of the wall when open. The result is a blurring of the distinction between public space and private office.