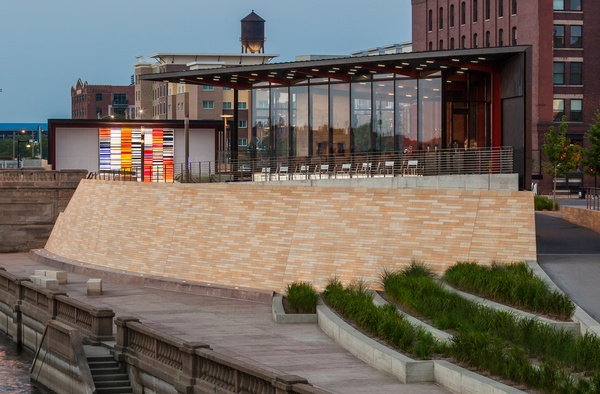 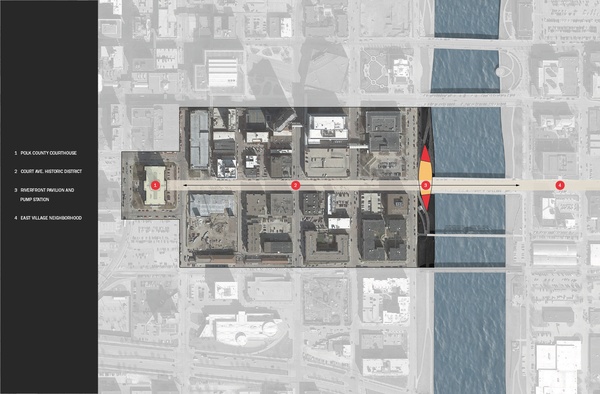 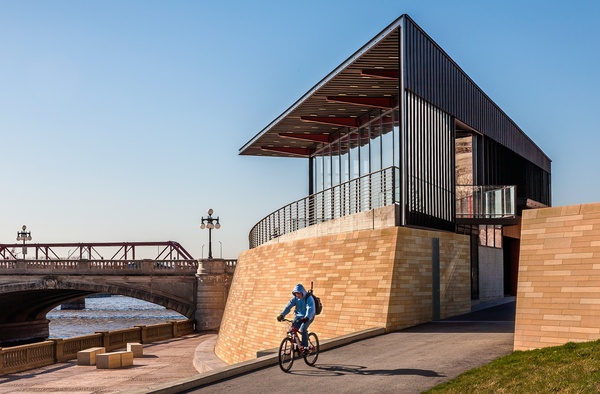 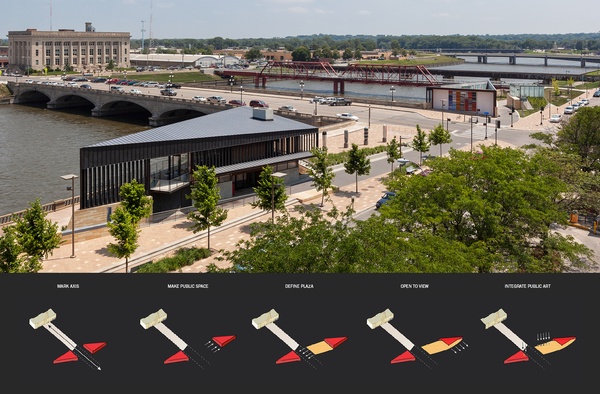 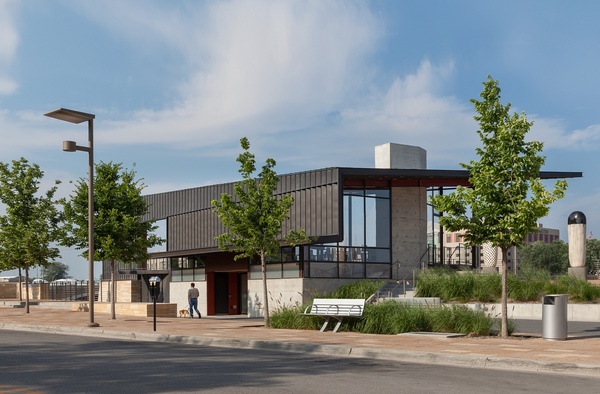 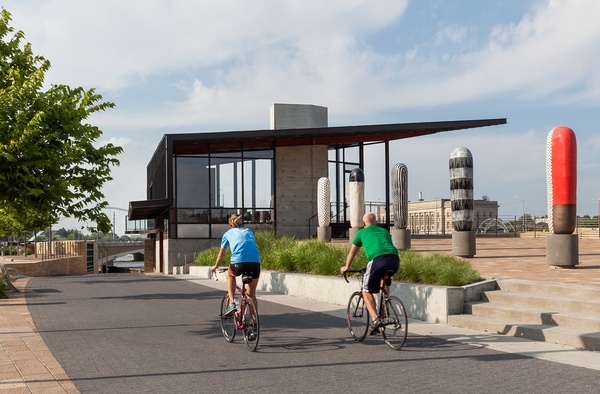 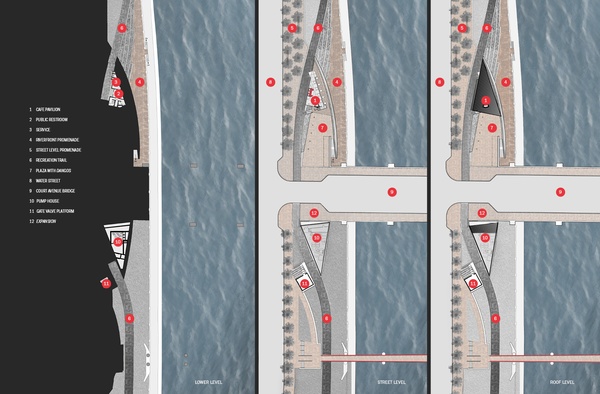 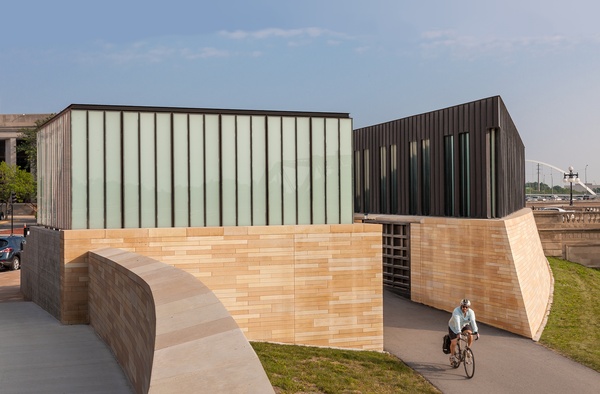 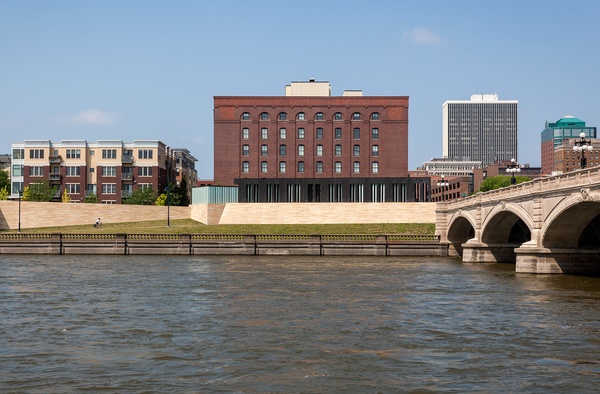 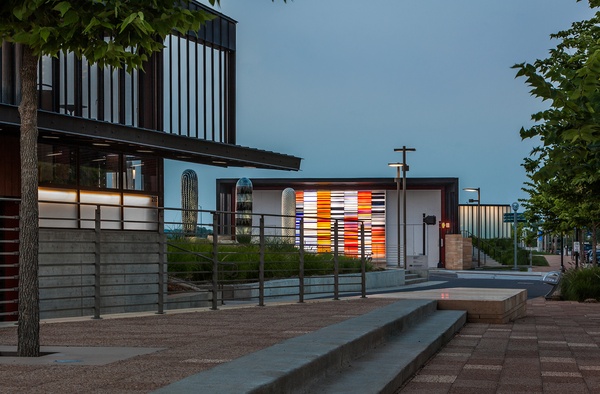 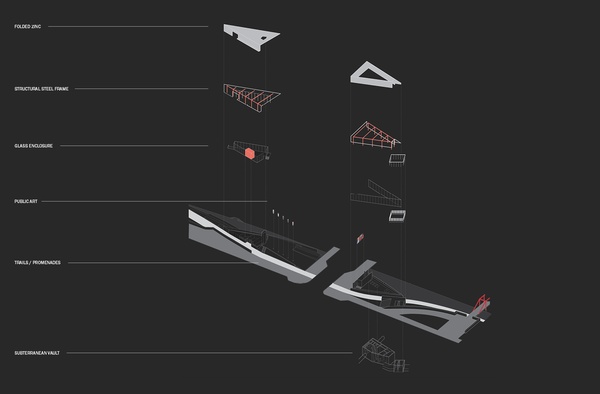 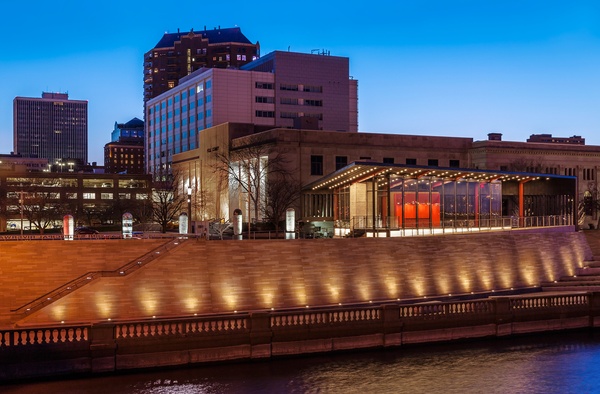 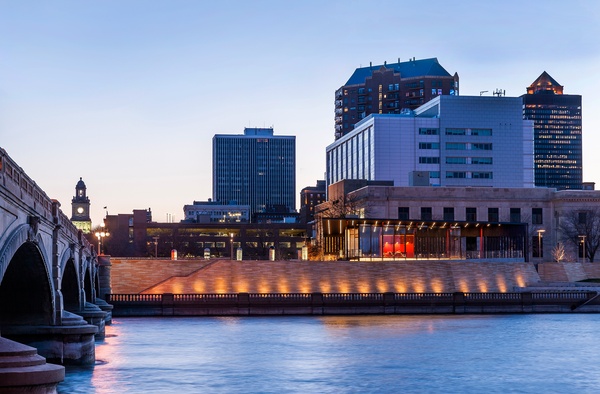 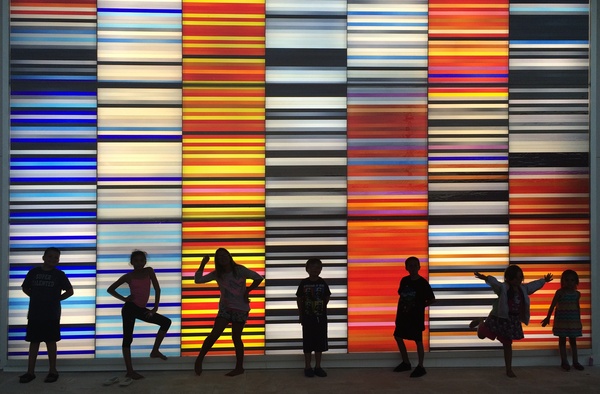 This project consists of a pair of public buildings on a prominent site along the Des Moines River. Both are part of the new Principal Riverwalk – a $50 million public/private partnership to revitalize the riverfront. The buildings share a common material palette and formal language, and sit adjacent to a new recreational trail and riverfront promenade at the confluence of trails, sidewalks and city streets. Working in concert, they anchor the west end of the historic Court Avenue Bridge and mark the entrance to the Court Avenue Historic District.

The north building is a new public café pavilion. This small structure is highly public and incorporates a café space above public restrooms and service spaces. Its zinc skin “unfolds” to reveal a crystalline glass café. Visitors to this pavilion enjoy panoramic views of the river, the State Capitol Building, and the historic East Village of Des Moines.

The south building is a pump station – a piece of urban infrastructure providing flood control to the surrounding Court Avenue Historic District. It is nearly identical in size and shape to the pavilion, but with a skin that remains closed – containing pumps, generators, and other mechanical paraphernalia atop a subterranean reservoir with no public access.

The two buildings were designed as a pair – one open, one closed; one public, one private – framing a new public plaza. The architect worked with artist, Jun Kaneko, to locate site specific artwork to further activate this space and unify the buildings into a single composition.

Honor Award, Excellence in Design (Pump Station), 2015
Chicago Athenaeum Museum of Architecture and Design and The European Centre for Architecture, Art and Design