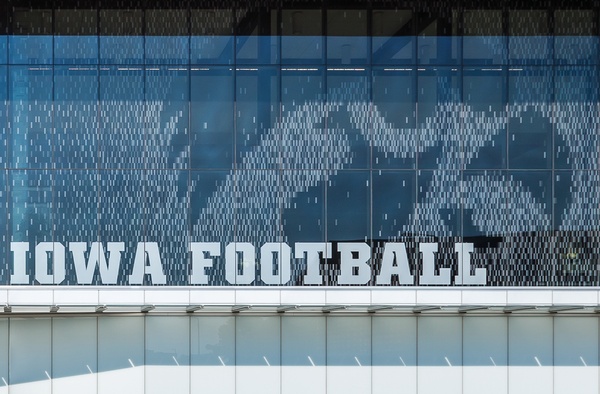 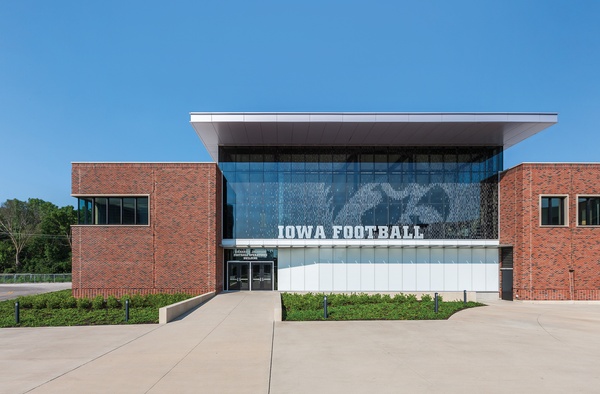 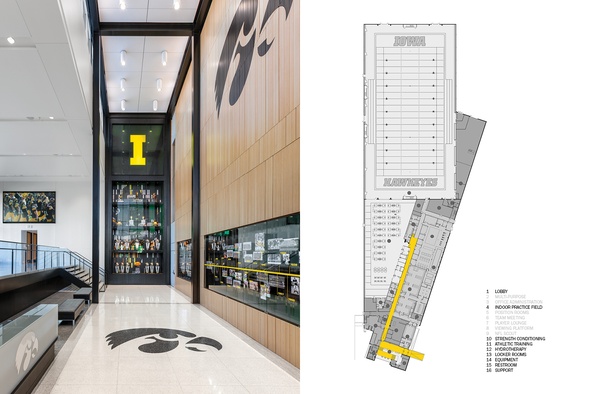 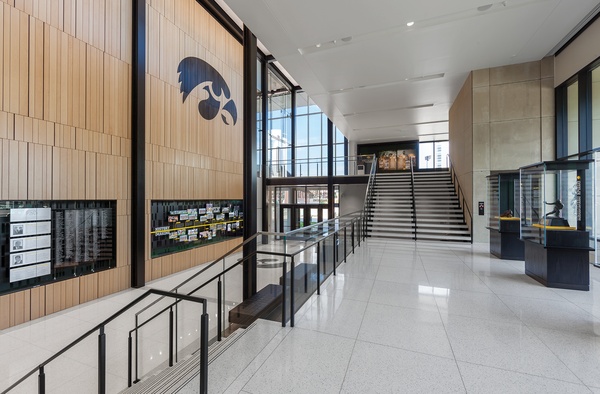 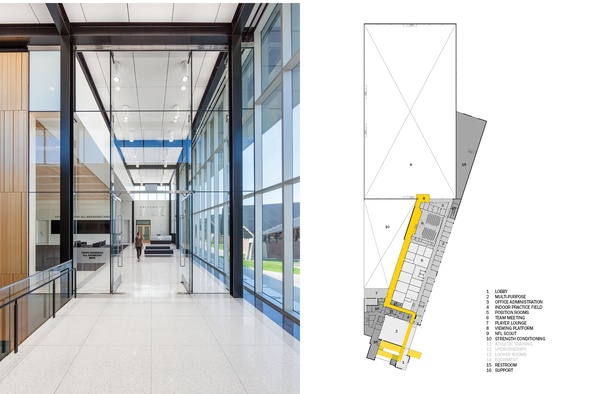 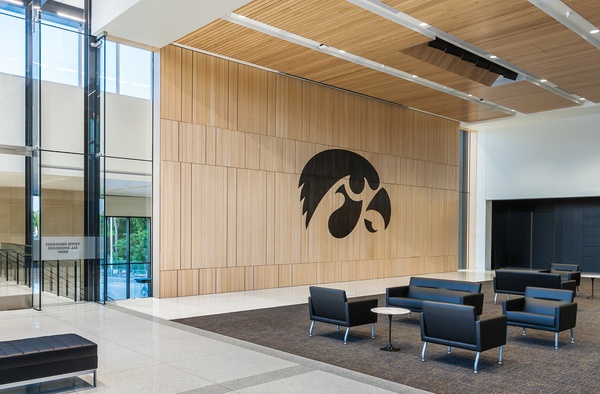 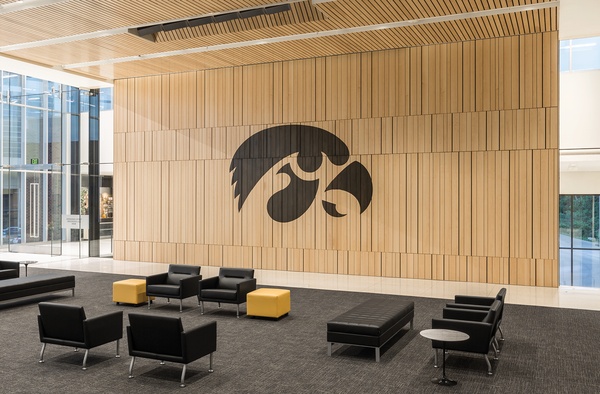 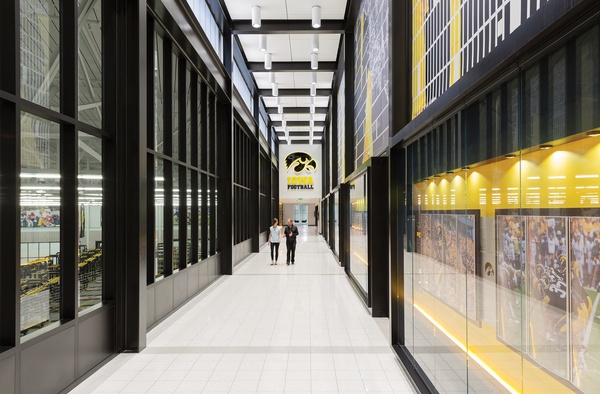 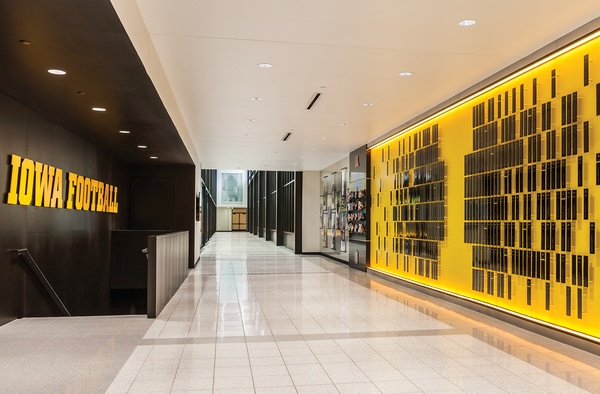 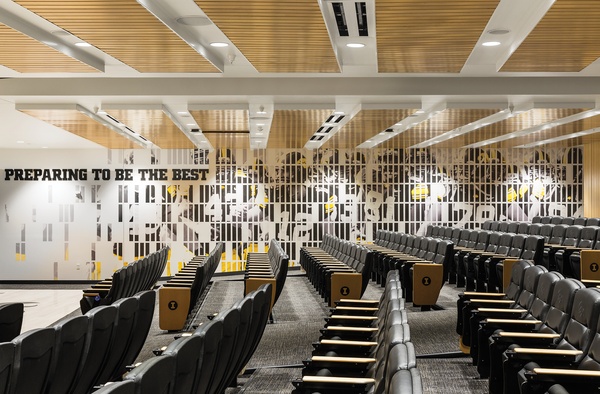 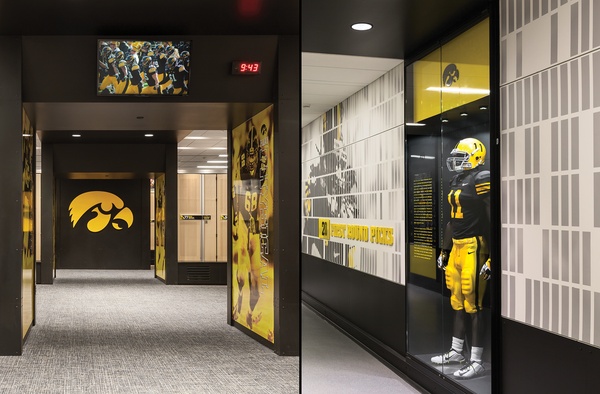 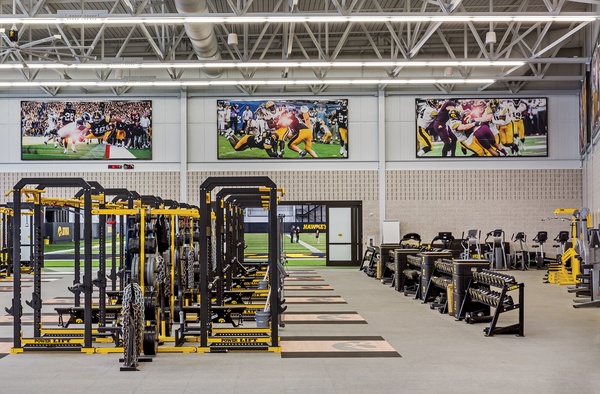 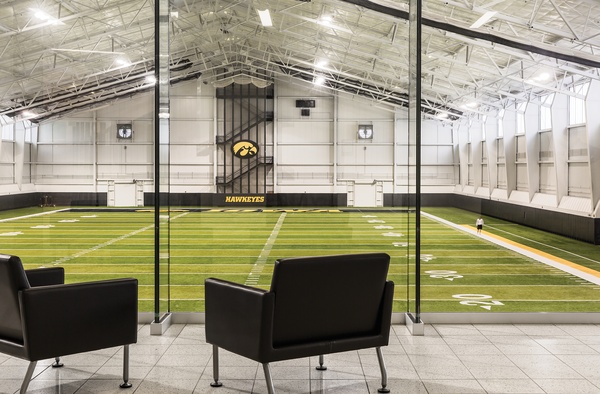 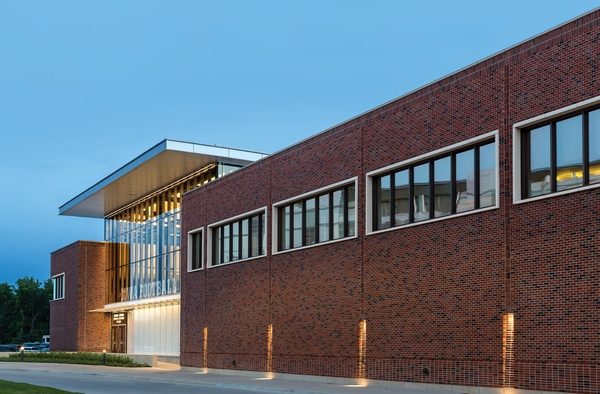 The Indoor Practice Facility and supporting storage spaces replace an inefficient air-supported structure that has lived beyond its useful life. The new indoor facility uses a radiant heat system under the turf, natural ventilation and daylighting. It is located south of the renovated Ronald and Margaret Kenyon Outdoor Practice Facility and allows filming of both indoor and outdoor practices. The facility is currently shared with University of Iowa Baseball, Softball and intramural sports. The indoor facility is directly connected to the Football Operations Building, affording student-athletes a complete training program under one roof.

The Richard O. Jacobson Football Operations Building provides training and classroom spaces for the team as well as exhibit space dedicated to the history and success of Iowa Football. Public exhibits in the entry hall extend along a recruiting path through the building, connecting the program’s history with its current achievements and goals. The project’s public spaces allow the Football Program to accommodate recruiting and press events in a hospitable and secure way, with a large reception space opening onto a multi-use meeting and press space with views to Kinnick Stadium. The facility houses (football only) strength and conditioning space, athletic training facilities and hydrotherapy, team meeting rooms, position group rooms, equipment and locker rooms, video production, as well as offices for coaches and staff members. All aspects of the football program are physically connected, easily accessed and planned around efficient interaction between student-athletes and coaches’. Its brick and cast stone material palette echo that of the historic Kinnick Stadium which was renovated in 2006; the Stew and LeNore Hansen Football Performance Center is the final component of The Iowa Football Legacy Campaign which began in 2002. The project enables the Football Program to continue and advance its success, and creates program spaces that are comparable with other Big Ten football programs. The project is slated to achieve LEED Gold certification.