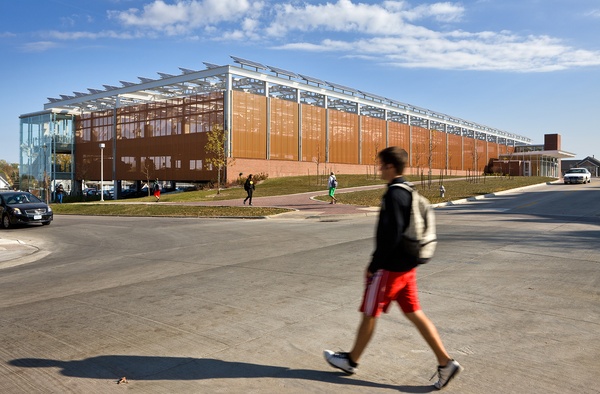 The University of Northern Iowa’s Multimodal Transportation Center consists of:

The project provides a net gain of approximately 281 parking spaces on the site. In addition, the project provides a central location for off-campus residents and visitors to park and have access to the University transit system/Panther Shuttle and the Metropolitan Transit Authority routes which serve the cities of Cedar Rapids and Waterloo. The re-design of West 23rd Street complements the City of Cedar Falls’ efforts on its streetscape project for West 23rd Street and the adjacent College Hill area.