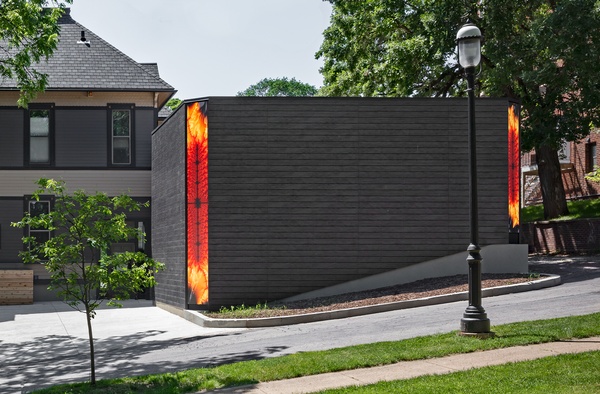 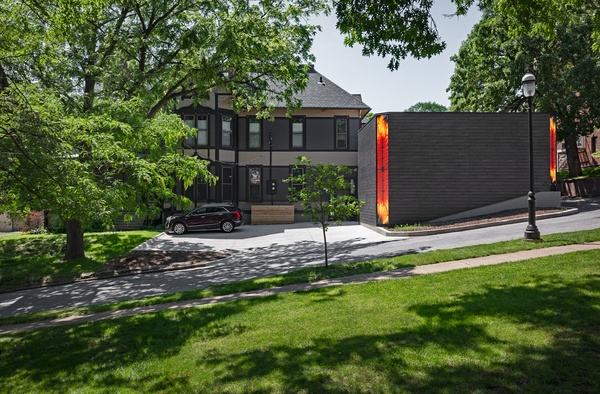 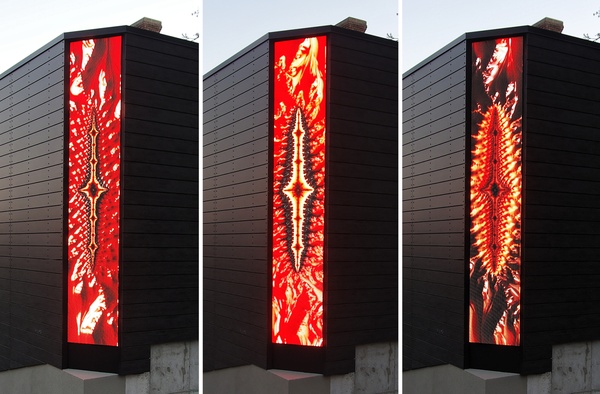 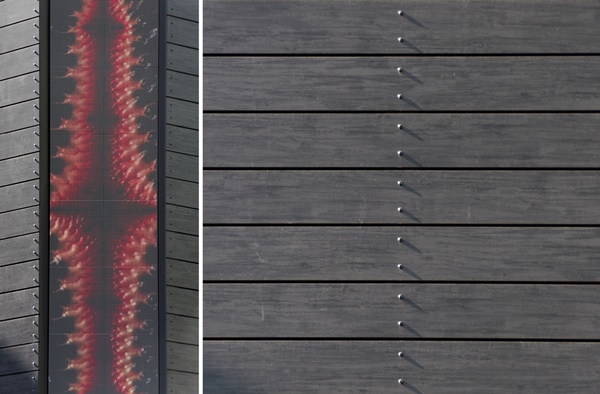 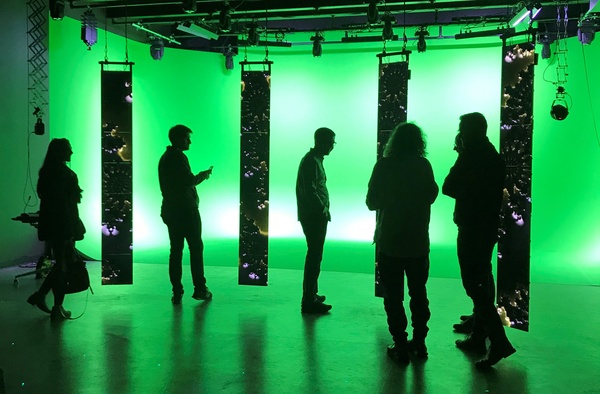 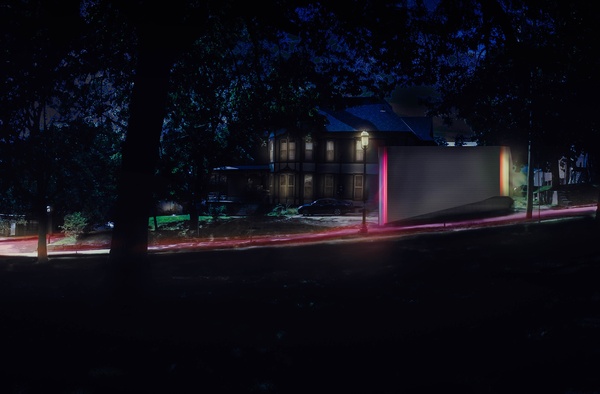 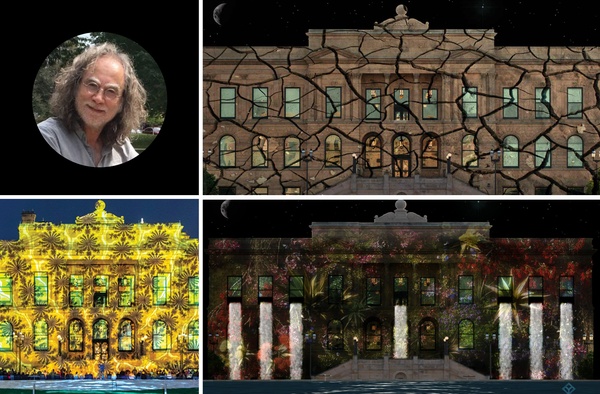 Paris-based artist and filmmaker Yorame Mevorach (also known as Oyoram) invented a new visual landscape by replacing conventional media screens with objects. Since 2007, Oyoram has designed monumental visual moving images.
His visual art work has been commissioned by prestigious companies including Cartier, Van Cliff & Arpel, Sony, Dior, and Louis Vuitton. In 2018, he created Mental Banquet: Painting with Lights for the Greater Des Moines Public Art Foundation. This spectacular two-night show was projected onto the east side of the World Food Prize Building.

Now based in Des Moines, substance completed the The Mevorach Studio, an addition to Yorame and his wife’s Victorian-style house built in 1883 in the Sherman Hill historic neighborhood. The new construction integrates in the historic neighborhood on the basis of contrast, conserving a relationship of scale and alignments to the existing house without reproducing historic details or materials. The building serves as an artist studio for the client who uses the space to work on projects and create exhibits.

The addition is situated northeast from the existing house with a direct relationship to the street and the open green space of Hoyt Sherman Place. To the east, a new driveway allows parking and vehicular access to the lot. To the west, the studio space extends out creating a new patio. The front of the house remains unchanged.

A concrete wall contours the new addition space following the slope and emerging at the patio space. The structure is then made of timber with glulam beams running north-south to cover the large span. The façade is closed to all sides apart from the walls touching the existing house, where large openings are placed. The closed façade is finished of composite wood panels while the open façade presents glass and aluminum metal panels at the top.

At the corners of the building facing the street and Hoyt Sherman Place, the walls are interrupted by a light installation designed by the owner. Created with LED screens recessed and angled into the walls; it creates the illusion of a missing wall. The light feature runs constantly 24 hours, with moving fractional images of abstract and realistic nature. The façade is demountable at the corners to allow for regular maintenance work.